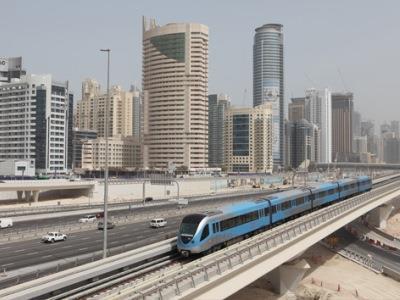 The Route 2020 project would build a branch of the Red Line from Nakheel Harbour & Towers to the Expo 2020 site near Al Maktoum International Airport. The route would pass through several densely populated areas and industrial zones, including Discovery Gardens, Dubai Investment Park, Furjan and Jumeirah Golf Estates. Interchange would be provided with Etihad Rail at Al Maktoum International Airport.

The alignment includes an 11 km elevated section with five stations and a further two stations on a 4 km underground route. Tendering is due to begin in July 2016 with completion planned in 2018.

At the other end of the line, a 3·5 km one-station extension from Rashidiya to Mirdif City Centre has been approved. Dubai’s Roads & Transport Authority is studying a proposal to extend this further south to Al Warqa’a.