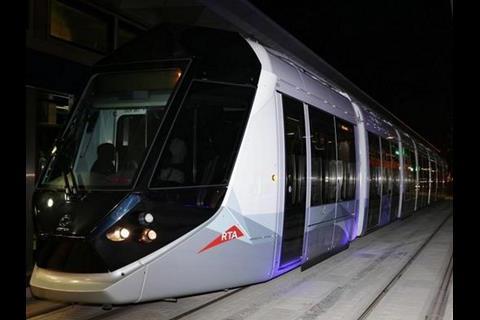 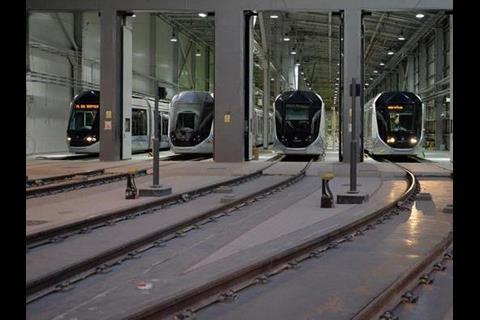 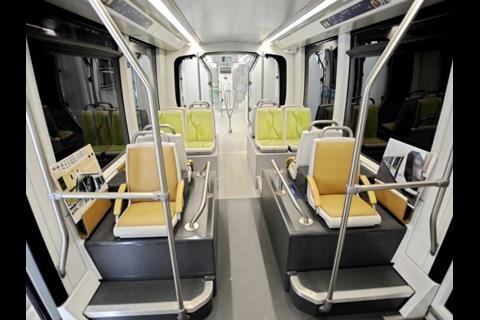 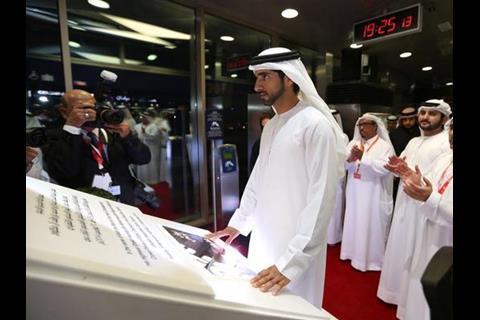 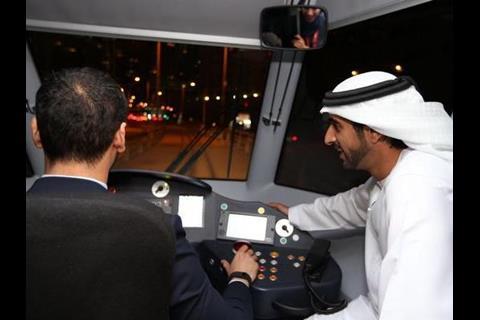 The first phase of the tramway is 10·6 km long with 11 stops. Starting near Al Barsha’a metro station, where the tram depot is located, the route runs at grade along Al Sufouh Road through Knowledge Village and Media City before switching to an elevated alignment over Dubai Marina. Interchanges with the metro Red Line are provided at Jumeirah Lake Towers and Dubai Marina, and with the monorail at Palm Jumeirah.

‘The Dubai Tram constitutes a paradigm shift in the quality of mass transit means in the Emirate of Dubai as it contributes to easing the daily travels of community members’, said RTA Rail Agency CEO Abdulla Yousef Al Ali.

The stops have 45 m long platforms equipped with screen doors to allow the waiting area to be air-conditioned. Fare payment machines are also provided, as only the Nol smart card can be used on board. There are three fare tiers covering seven zones:

The line is the first to be powered entirely using Alstom’s APS ground-level power supply, which allows for catenary-free operation. Dubai uses APS II, which has been developed to cope with demanding local conditions. Brushes have been fitted to the trams to clear sand from the third rail, and the switch boxes that power the live rail are air-conditioned.

Alstom has supplied 11 Citadis 402 low-floor trams for the first phase. The 44 m long seven-section vehicles have capacity for 405 passengers in Gold, Silver and Women & Children classes. The first car was delivered to Dubai at the end of 2013, following tests at Alstom’s La Rochelle plant.

Alstom was also responsible for tracklaying, installation of an adapted version of its Urbalis CBTC signalling, communications systems, a control centre, platform screen doors and a ticketing system. Under a separate contract, a consortium of Alstom and Besix will maintain the tramway for 13 years, with an option to extend this for a further five years.

Work on the second phase is expected to begin soon. This will extend the route east by 4 km, adding six stops and requiring a further 14 trams.