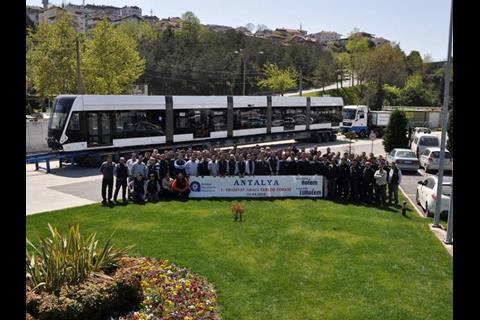 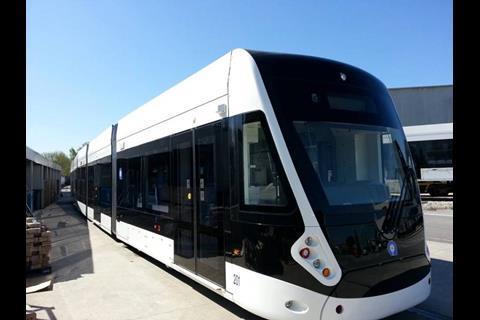 TURKEY: The Eurotem joint venture of South Korea’s Hyundai Rotem and Turkish company Tüvasaş rolled out its first tram for Antalya at its factory in Adapazari on April 4.

Eurotem won an order for 18 trams in August 2015. Due to be delivered to Antalya between April and November, these will augment the existing fleet of 14 CAF trams supplied for the opening of the Antray line in 2009.

Extra rolling stock is required because the line is being lengthened. A 15·4 km extension to Expo 2016 with a 2·4 km branch to the airport is due to open on April 22. Test running on this section started on April 3.