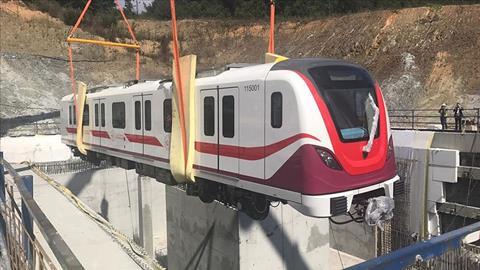 TURKEY: Test running on the future Istanbul metro Line 11 linking the new airport with Gayrettepe is to start this month, after the first trainset was delivered on September 6.

The trainsets are being manufactured by CRRC Zhuzhou, which was awarded a TL1·5bn contract as sole bidder in April. The fleet is being produced with 60% local content, and all 176 cars are scheduled to be delivered within 32 months.

They will have a maximum operating speed of 120 km/h, the highest for a metro network in Turkey. 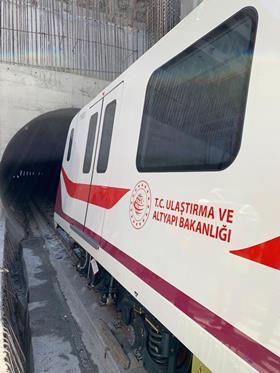 The 37·5 km line is being built by a consortium of Kolin and Şenbay under a December 2016 contract valued at €999·8m. Tracklaying began in January, and the line is expected to open in August next year.

The airport is designed to handle up to 200 million passengers/year, and will eventually be served by two metro lines and a main line rail link. A second metro line is already under construction from the suburban rail hub at Halkalı to the airport, which is expected to open at the end of 2022.