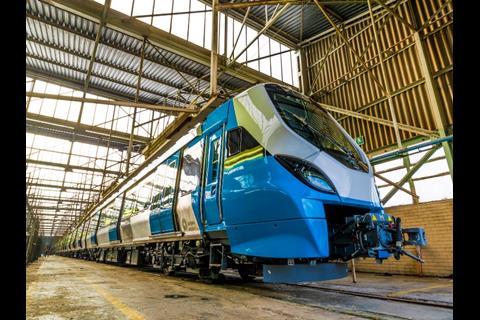 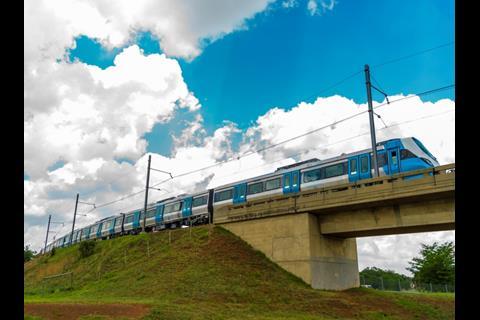 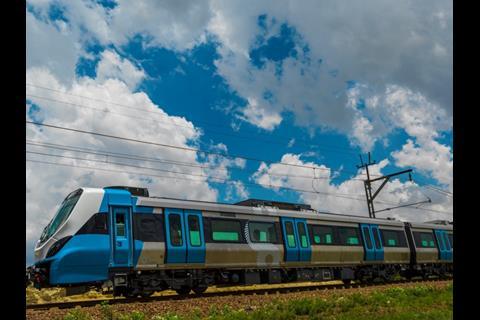 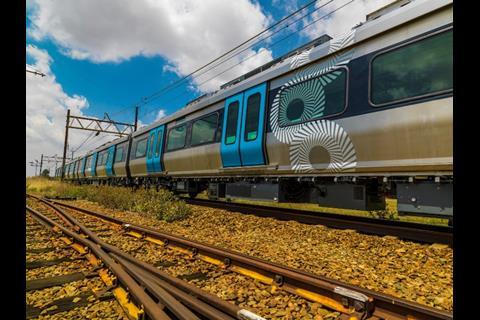 SOUTH AFRICA: The first pre-series X’Trapolis Mega electric multiple-unit that Alstom is supplying for Passenger Rail Agency of South Africa arrived at PRASA’s Wolmerton depot in Pretoria on December 18. The second pre-series trainset is due to arrive in early 2016.

In October 2013 PRASA signed a R51bn order for 3 600 EMU cars for use on its Metrorail commuter services, to be supplied by the Gibela joint venture of Alstom (61%), Ubumbano Rail (30%) and New Africa Rail (9%). This forms part of the agency’s R172bn 10-year investment programme to modernise its rolling stock and infrastructure.

The first 20 EMUs are being built at Alstom’s Lapa factory in Brazil. The remainder will be produced in South Africa at an 85 000 m2 factory being built in Dunnottar. The site will be able to produce 62 trainsets per year; production will run for 10 years, and technical support and spare parts will be provided for 18 years.

Each six-car EMU has capacity for 1 346 passengers. There are three sets of doors per car, and the EMUs will be accessible for disabled passengers. The air-conditioned trains will be equipped with audio-visual real-time passenger information and infotainment, CCTV, data recorders, real-time diagnostic data, a passenger counting system, and Automatic Train Protection.

Intended to operate at up to 120 km/h, the trains have a design life of 40 years. According to Alstom, the trains will use 31% less energy than Metrorail’s current 8M fleet, thanks to regenerative braking and a lighter stainless steel bodyshell.