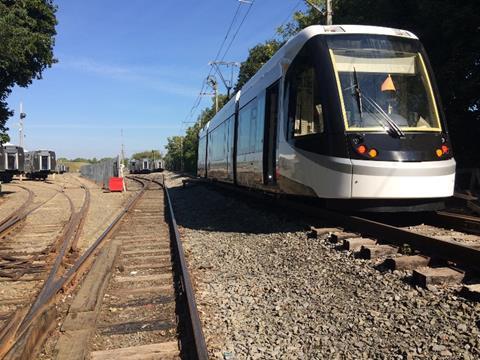 Herzog Transit Services will also be involved in start-up activities and support before the service becomes operational. It is part of the rail activation workgroup, which is to carry out testing once the first vehicle arrives from CAF’s factory in Elmira, New York, on October 29.

The value of the five-year contract is $15·8m, with $2·6m covering the first year of operations and maintenance.

A joint venture of Herzog Contracting Corp and Stacy & Witbeck is building the north-south route that connects Union Station with the River Market district. The 3·1 route-km line has 10 stops, including three on a single-direction loop at the northern end.

Services will be operated with a fleet of four 100% low-floor bidirectional Urbos 3 trams. Initial ridership is expected to be between 2 700 and 2 900 passengers per day. Services would operate every 10 to 12 min during weekday peaks and every 18 min off-peak.