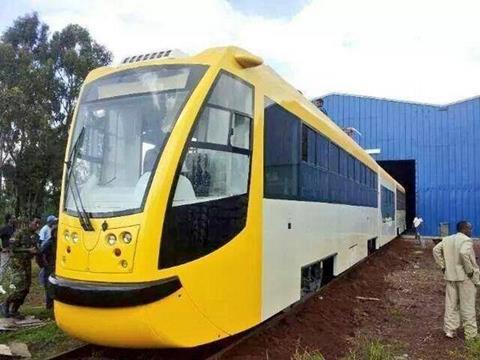 ETHIOPIA: A prototype tram for the African market has been delivered to Addis Ababa by Hungarian company Dunai Repülőgépgyár.

The prototype was originally built in 2010 and intended for use in Szeged. The two end sections are rebuilt ex-Rostock Tatra B6 cars, with a low-floor middle section added. Styling is by Artifex Stúdió.

DR has sent staff to Addis Ababa to co-ordinate production and train local workers. It intends to launch similar projects in other African countries, following an announcement from the Hungarian government that Kenya has shown interest in the vehicle.

The first light rail line in Addis Ababa, which opened for revenue service on September 20, uses a fleet of 41 three-section 70% low-floor trams supplied by CNR Changchun.