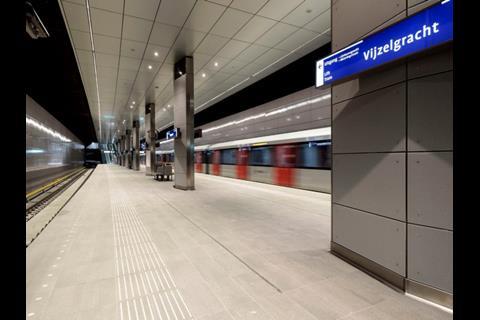 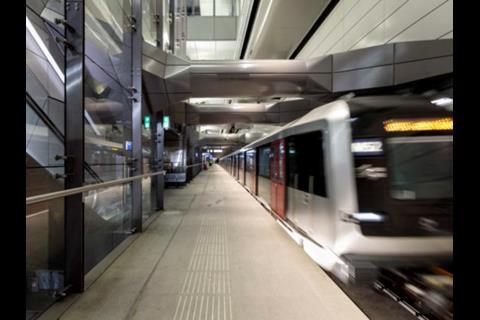 NETHERLANDS: Construction of the Amsterdam Noord-Zuid metro line has been officially completed and the route is ready for the start of trial operation, the city council announced on January 11.

Running from Amsterdam Zuid station to the suburbs north of the IJ river, the 9·8 km line has been under construction since 2002, and was originally expected to open in 2011. However, difficult tunnelling conditions and two ground collapses at Vijzelgracht in 2008 delayed completion, increasing the project cost from €1·4bn to an estimated €3·1bn.

The 6 km of tunnel under the city centre required some innovative construction methods, including freezing the surrounding land to stabilise the soft soils and excavating the tunnels under pressure. The section under the historic Centraal Station and the adjacent river was built using caissons and an immersed tube.

There are eight stations: Amsterdam Noord, Noorderpark, Centraal Station, Rokin, Vijzelgracht, De Pijp, Europaplein and Zuid. Interchange to the city’s other metro lines and NS suburban services are provided at both Zuid and Centraal.

To mark completion of the construction phase, six of the stations will be opened for public visits on January 20. The line will then be handed over to public transport operator GVB for driver training and more intensive test running, leading up to the operation of a full ghost service. Revenue services are scheduled to start on July 22. At the same time, nine of the city’s 15 tram routes will be revised and the network restructured to form what GVB describes as a ‘fish bone model’.