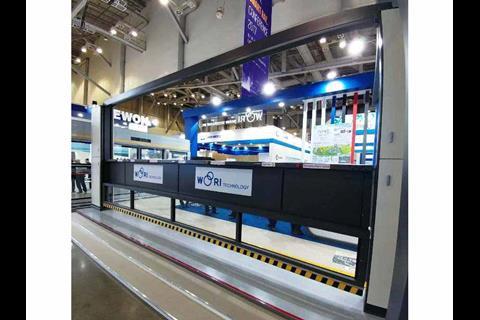 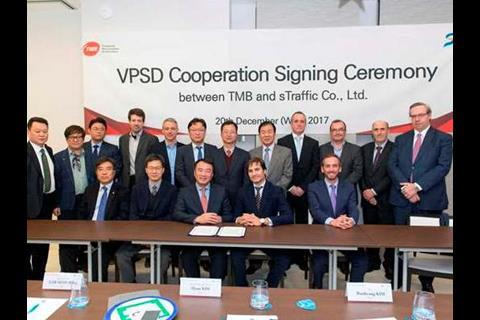 SPAIN: Barcelona public transport operator TMB is to undertake what it says will be the first test of vertical platform screen doors on a metro network, with doors supplied by STraffic of South Korea to be installed at Can Cuiàs station on Line 11 during the second half of 2018. The doors will each comprise three panels forming a barrier 1 800 mm high, lifting upwards to enable passengers to board or leave the train. According to TMB, much wider screen apertures are possible than with horizontal doors, removing the need for trains to stop in a precise location and enabling doors to be installed on lines which operate a variety of rolling stock.

Using a platform not currently in passenger service, the trials are expected to run for at least six months, using the two-car Series 500 trainsets deployed on Line 11 which can each accommodate 300 passengers. Can Cuiàs had become the first metro station in Spain to be equipped with platform screen doors in 2008, in preparation for the introduction of driverless operation on Line 11 the following year.

Following the deployment of vertical platform screen doors on commuter routes in Asia, the Barcelona trial is to be conducted under an agreement between TMB and South Korean bodies also including the Korea Transport Institute, Woori Tech Co Ltd and the Korean Railway Signalling Association.