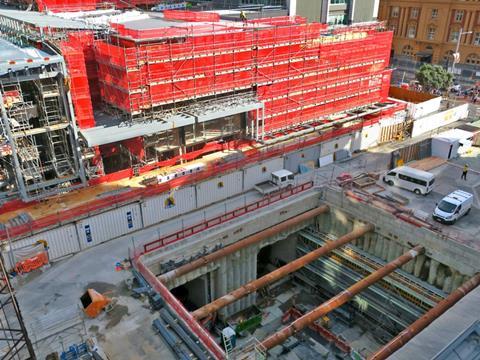 According to CRL Chief Executive Sean Sweeney, the ‘exhaustive’ tender process had attracted two ‘world class and competitive bids’, with the Link Alliance preferred to a rival bid from a joint venture of CPB Contractors, UGL, Beca, Jacobs NZ and McMillen Jacobs Ltd. The winning bidder had been selected ‘on the basis of a strong proposal that offered an experienced construction management team, significant commitment from the firms involved, an efficient construction methodology and innovative engineering ideas’.

Announcing the decision on April 17, CRL reported that the anticipated cost of the project had risen to NZ$4·42bn, a substantial increase on the NZ$3·4bn estimate agreed in 2014. Sweeney said this reflected significant changes to the project and the market over the past five years. ‘No-one could have foreseen the competitive pressures that have occurred in the construction market’, he explained, noting that the project pipeline in the Australasian region had increased from NZ$80bn to an estimated NZ$230bn.

The cost increases include an extra NZ$250m to adapt the route for nine-car EMUs, following a decision last year to make provision for longer trains, as well as NZ$327m for higher construction costs. Another NZ$310m has been allowed for contingencies and inflation, and NZ$152m for additional ‘non-direct’ costs.

The revised budget has been submitted to the national government and Auckland Council, who are jointly sponsoring the project, and is expected to be signed off during May. This would allow the award of the C3 contract to be confirmed. In the meantime, CRL Ltd and Link Alliance will press ahead with finalising the early works contract.

‘Today’s announcements represent a huge step forward for a project that will create accessibility and development opportunities that will allow Auckland to remodel itself as a city that is profoundly international’, said Sweeney. ‘This keeps us on track to have this transformational project in place and delivering significant benefits for Aucklanders at the end of 2024.’