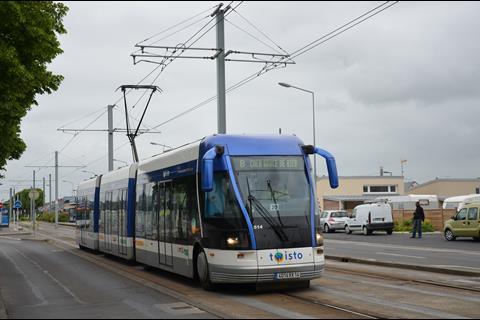 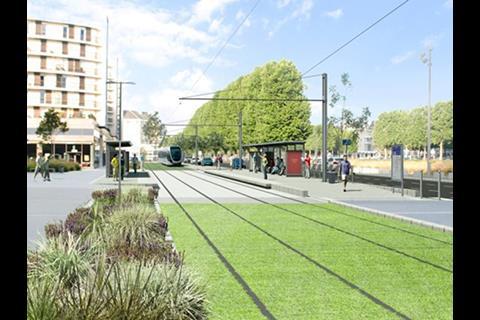 FRANCE: The city of Caen has awarded incumbent Keolis a new public service contract covering the operation of its urban transport network under the Twisto brand.

Keolis has managed the network since 2002. The next contract runs for six years from January 1 2018, and is expected to generate turnover of €345m. It covers bus services, transport services for disabled users, management of 150 self-service and 500 long-term rental bicycles, as well as supporting the replacement of the city’s TVR rubber-tyred guided bus system with a 16·8 km three-line steel-wheeled tram network.

TVR services are scheduled to end on December 31 2017, with a replacement bus service to operate until the launch of the tram network in 2019, using rolling stock supplied by Alstom. A city centre shuttle using an electric minibus with the capacity to transport up to 22 people is also to be launched in January 2018.

The new operating contract is designed to provide better coverage throughout the city, with a circular urban bus route to be launched at the same time as the tram network.

The entire transport network will be modernised to handle a predicted 19∙5% increase in ridership by 2023. Keolis will introduce an ‘e-shop’, as well as contactless ticketing, an online journey planner and a new website covering the construction works.

‘We are proud of the trust placed in us by Caen la Mer to implement its ambitious public transport policy as part of a global, modern vision of mobility’, said Frédéric Baverez, CEO Keolis France, on September 29. ‘Thanks to our renowned expertise in trams, we will support the urban community in the successful launch of its new tramway, thus helping to strengthen both the quality of life of its inhabitants and the appeal of this area.'