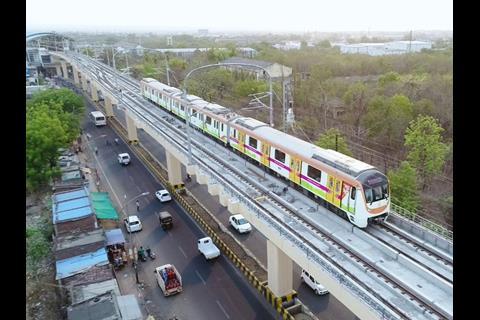 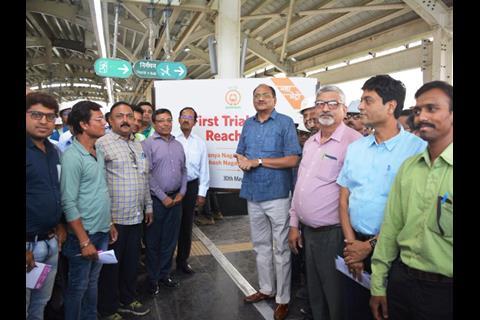 INDIA: Nagpur Metro began test running on the westernmost section of its east-west line on May 30, with a trial run attended by Maharashtra Metro Rail Corp Managing Director Brijesh Dixit.

The 5·5 km section from Subhash Nagar to the terminus at Lokmanya Nagar, where the depot is located, will form the outermost section of the 18·6 km line. Skirting the Ambazari Lake, this section includes intermediate stations at Rachana (Ring Road), Vasudev Nagar and Bansi Nagar.

Construction of the 10·4 km elevated ‘Reach 3’ between Lokmanya Nagar and Jhansi Rani Square near the city centre has been underway since December 2016, following the award of civil works contracts to Afcons and ITD Cementation.

This was the second section of the two-line Nagpur Metro to get underway following Reach 1 between Sitabuldi and Khapri. That forms the southern half of the city’s north-south line, and was opened for revenue service on March 8. Interchange between the two routes will be provided at Sitabuldi.

No date has yet been set for opening of the east-west line, although the remaining sections of the north-south line are expected to be ready by December. CRRC Dalian has supplied a fleet of 23 three-car trainsets to operate on both lines.