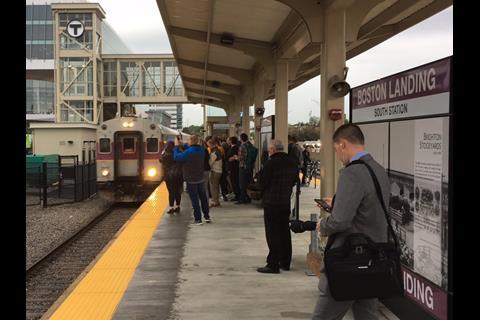 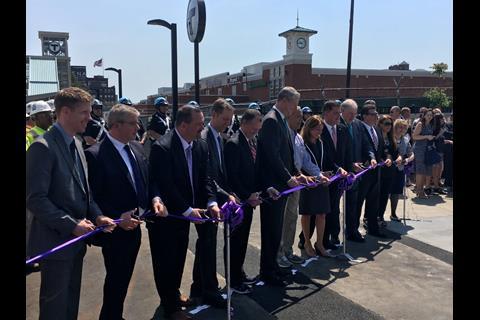 USA: Passenger services began to call at Boston Landing station on MBTA’s commuter network serving Boston on May 22. The station is located between Yawkey and Newtonville on the Framingham/Worcester Line.

Construction began in October 2015 and was led by Skanska. The $20m project was funded by private partner New Balance through its NB Development subsidiary. The sportswear company will fund maintenance of the station for the first 10 years of operation.

The station forms part of the 6 ha Boston Landing Development site that is currently under construction. When complete, this would include residential and commercial space and a hotel, as well as practice facilities for the Boston Bruins ice hockey and Boston Celtics basketball teams.

At the official inauguration ceremony on May 17, Massachusetts Transportation Secretary Stephanie Pollack stressed that MBTA and the Massachusetts Department of Transportation ‘are committed to collaborating with external partners such as New Balance in order to provide the public with transit options’.