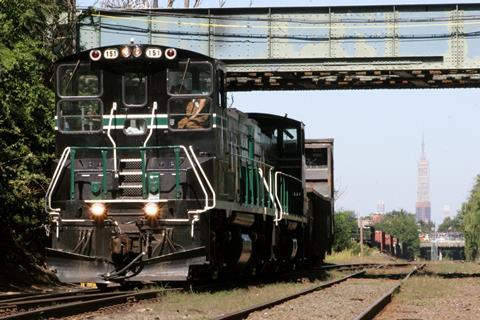 USA: New York MTA is to launch a formal study of proposals to introduce passenger trains over the 27 km Bay Ridge line in Brooklyn.

Passing through a densely populated area of New York City, the Bay Ridge line is currently used primarily by freight operator New York & Atlantic Railway. The railway links docks at 65th Street Yard, which is served by a train ferry across the Hudson River, with NY&A’s main marshalling yard at Fresh Pond in Queens before turning north to join the Amtrak network near Hell Gate Bridge.

Proposals to launch passenger trains along the route originated from the Regional Plan Association, an established advocacy group which assesses the long term infrastructure needs of the New York and New Jersey conurbation. A key objective would be to improve public transport links between Queens and Brooklyn and to enhance the potential for reverse commuting.

MTA has awarded consultancy AECOM a $1·3m contract to evaluate the potential for Subway, commuter rail, light rail or bus services that would operate in conjunction with existing and planned freight operations.

‘This project is hugely exciting, partly because it is based on the concept of squeezing more out of our already existing infrastructure so we don’t always have to build new subway lines from scratch’, said MTA Chief Development Officer Janno Lieber. ‘Putting mass transit on the Bay Ridge Branch could allow MTA to provide better connections to thousands of people throughout Brooklyn and Queens, all while also creating opportunities for increasing environmentally-friendly freight rail in years to come.

A profile of the New York & Atlantic Railway appeared in the August 2019 issue of Railway Gazette International magazine, available to subscribers via our digital archive.