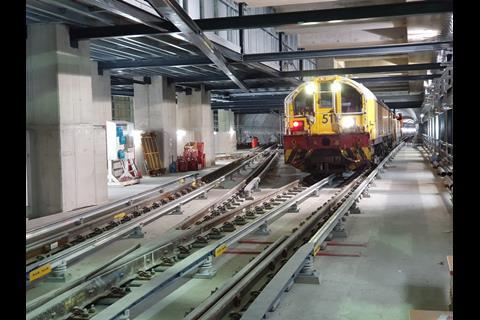 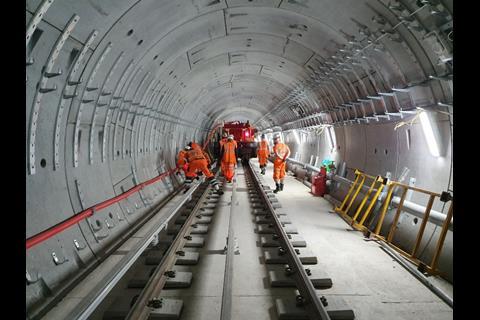 UK: Trackwork on London Underground’s Northern Line extension has been completed, and an engineering train has travelled the full length of the new route for the first time. The train carried 750 m of power cable, which was installed by 15 people.

The 3·2 km extension is now expected to be completed in September 2021. Running to Battersea from a step-plate junction that connects with the existing Northern Line tunnels at Kennington, it will have an intermediate station at Nine Elms. Boring of the twin 5·2 m diameter tunnels was completed in November 2017.

Most of the estimated £1·2bn project cost is coming from the private sector through a package agreed between the government, the Mayor of London, Wandsworth and Lambeth councils, and property developer Battersea Power Station. This includes the creation of a 25-year Enterprise Zone covering the Vauxhall, Nine Elms and Battersea areas which came into force in 2016.