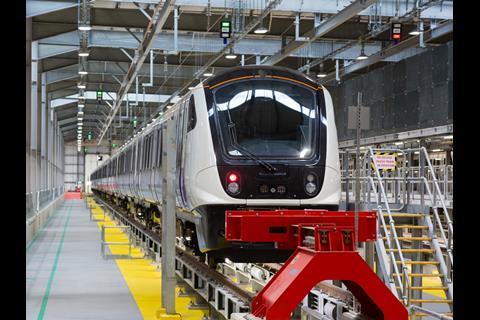 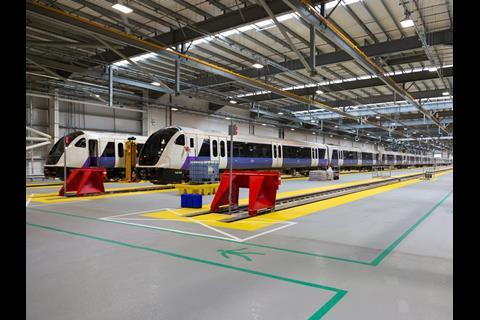 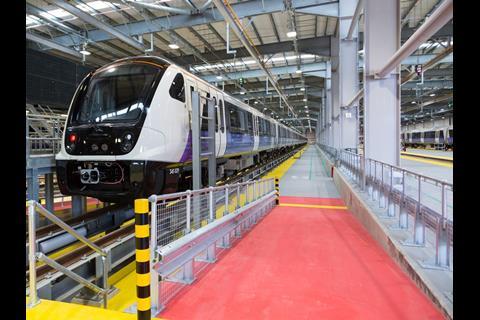 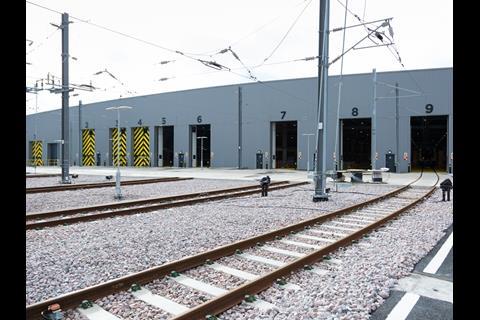 UK: The Elizabeth Line’s Old Oak Common depot in west London has started operations, Transport for London announced on May 10. The purpose-built facility occupies the site of a former freight locomotive depot. Construction took four years and was undertaken by Taylor Woodrow.

The new depot will be used for stabling and maintenance of the Class 345 Aventra electric multiple-units that Bombardier is supplying to operate the Elizabeth Line. The 70 nine-car trainsets were ordered by TfL in two batches.

Old Oak Common has 33 stabling roads and a further nine for heavy maintenance, and includes a train washing facility. Heating is partly provided by energy piles and boreholes. Mechan has supplied lifting jacks.

Bombardier operates the depot under a 32-year contract signed in 2014. It has supplied an automatic vehicle inspection system that scans and analyses trains as they enter. Bombardier initially has 80 staff based at Old Oak Common, which is due to increase to 110 in the next few months. Elizabeth Line operator MTR Crossrail now has most of its drivers based there.

Under the TfL Rail brand, MTR will begin running stopping services between Paddington and Heathrow Airport from May 20. Services will initially run to Terminals 2 & 3 and Terminal 4, with Terminal 5 served by Heathrow Express. Services to Heathrow will initially be operated by Class 360 electric multiple-units, which are currently used by Great Western Railway and branded Heathrow Connect. Class 345 EMUs will initially run only as far as Hayes & Harlington, until their testing in the Heathrow tunnels is completed.

From December 2018 TfL Rail will be rebranded as the Elizabeth Line to coincide with the opening of the tunnels under central London. Three service patterns will operate: Paddington – Abbey Wood, Paddington – Heathrow and Liverpool Street – Shenfield. From May 2019 services from Shenfield will continue through to Paddington.

From December 2019 trains will run through from Shenfield and Abbey Wood in the east to Reading and all Heathrow terminals in the west.