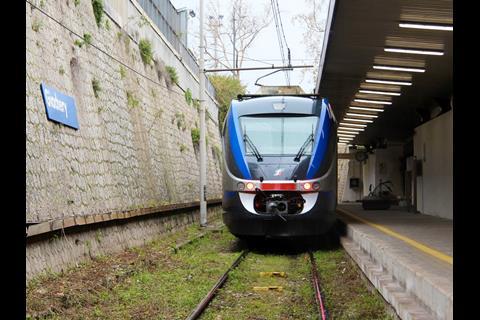 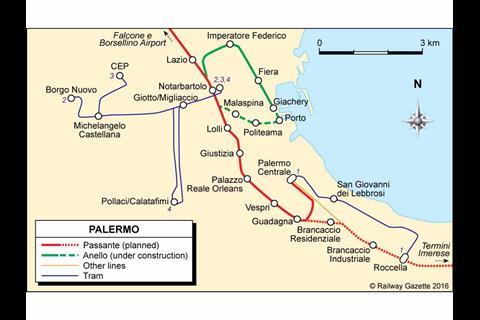 ITALY: Work on the Anello rail line in Palermo restarted on July 29 following the government allocating an additional €50m to the project in April.

The project to create a circular line around the city centre is now 80% complete. This will use a former freight branch to the port and a mostly underground passenger line between Palermo Centrale and Giachery. A new section is being built to connect the line from Giachery to Notarbartolo, completing the circle. The line will remain single track, with services only running in one direction. Frequencies will remain at 30 min.

The project is due to be completed next year, along with the Passante link upgrade and extension of the existing suburban line between Falcone e Borsellino Airport and Palermo Centrale. On July 27 work ended to cover the tunnel on the De Gasperi – Francia section.

In the longer term Passante will be extended south to Termini Imerese, and a bypass of Palermo Centrale will be built. Passante services will run every 15 min, down from the current 30 min headways between the airport and Palermo Centrale.