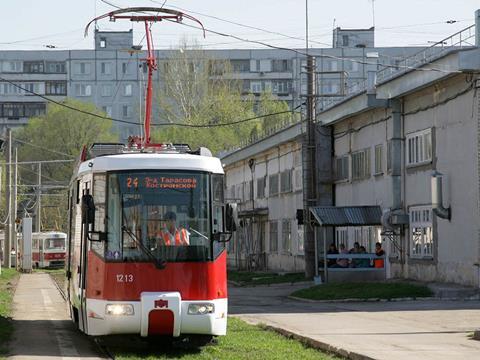 RUSSIA: Contractor VTS Metro has begun utility relocation and site clearance works for the construction of an extension of the Samara tram network. This would serve the stadium which is being built to host 2018 FIFA World Cup football matches.

The 2·2 km double-track route will start at Ulitsa Tashkentskaya on the existing network, and pass through a 390 m tunnel under an road to reach the stadium. Completion is scheduled for the end of April 2018.

Samara and Yekaterinburg are the only two of the 11 World Cup host cities to put trams at the centre of their transport plans for the event.