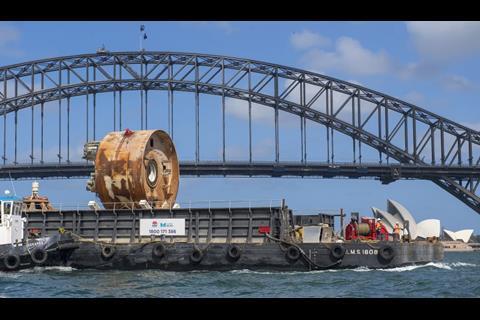 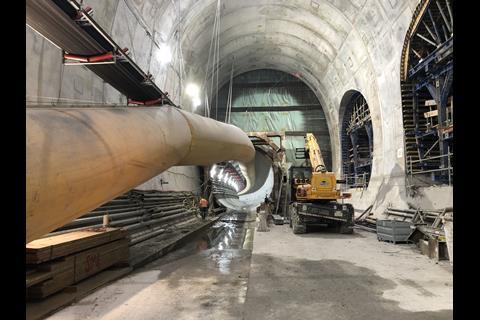 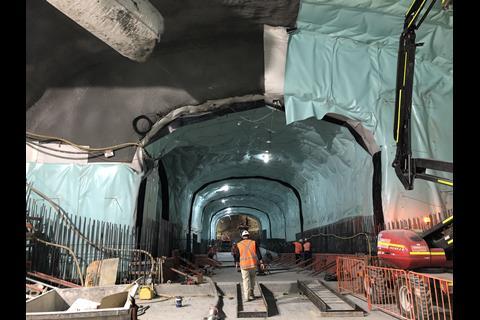 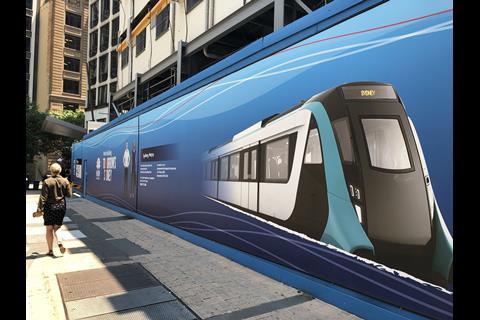 AUSTRALIA: Construction of the second phase of the Sydney metro reached a landmark on December 9 when a tunnel boring machine completed the first bore for the tunnel beneath Sydney harbour.

Having completed its 880 m drive from south to north, slurry ground TBM Kathleen was disassembled at the Blues Point work site and floated by barge back to the site of the future Barangaroo station, from where it will start excavating the second bore.

Kathleen is one of five TBMs being used on the City & Southwest project; the first to complete its work is Wendy, which has broken through at Blues Point, completing a 6·2 km tunnel from Chatswood via station sites at Crows Nest and Victoria Cross.

The A$2·8bn City & Southwest extension requires the excavation of 15·5 km of mostly twin-bore tunnel from Chatswood to Sydenham, and conversion of 13 km of existing surface railway from there to Bankstown to metro operation. It builds on the section already in operation between Chatswood and Tallawong in the northwestern suburbs.

Once completed in 2024, the 66 km driverless metro will connect Tallawong with Bankstown in the south via the city centre. Interchange in the central business district with main line rail services will be provided at Central Station and Martin Place.

Two TBMs broke through at Martin Place during October, one from the south and one from the north. The station cavern itself has taken around 21 months to excavate using roadheader tunnelling machines. Approximately 198 000 tonnes of spoil were removed, and the station box created using 5 532 tonnes of steel and 85 139 tonnes of concrete.

Construction work at Martin Place is likely to continue above and around the site for some time after trains begin running as part of a local regeneration programme which will see skyscrapers built at the northern and southern corners of the station.

According to JHCPBG’s Project Manager for Martin Place, Will Freelander, completing the metro station without affecting either the foundations of the historically significant Commonwealth Bank building or the operation of Sydney Trains’ Eastern Suburbs line has been a major challenge.

Among the principal work packages outstanding is completion of the main escalators and pedestrian access route between the metro platforms and the suburban station. This is being constructed within a few metres of one of the city’s main sewers, itself dating from the late 19th century.