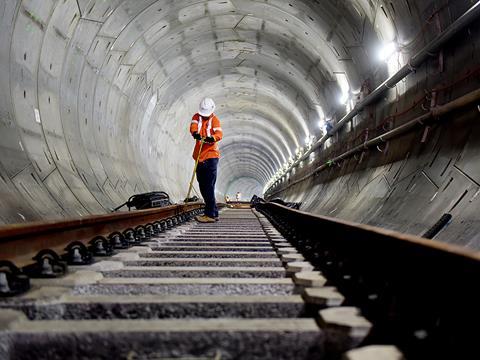 The value of the contract awarded on November 21 is around A$1·38bn, with the final value subject to adjustment. Law firm Ashurst advised the NSW government.

The scope of work covers track, overhead wires, cables and other equipment for the 15·5 km twin tunnels that are being bored between Chatswood and Sydenham, as well as 11 substations. A depot is to be built at Marrickville and the existing depot at Rouse Hill expanded to accommodate the additional 37 trainsets that would be required for the southwest extension. Work is scheduled to commence this year and end in 2024.

Last year the NSW government awarded the civil works contract for the tunnels to a joint venture of John Holland, CPB Contractors and Ghella. Once all Sydney Metro City & Southwest works packages are let, the project budget will be finalised; it is currently set at between A$11·5bn and A$12·5bn.

The Sydney Metro is being built in two phases. The first phase known as Sydney Metro Northwest is due to open next year. The second phase will extend the line from Chatswood to Bankstown using 16·5 km of new alignment including the tunnel to Sydenham and 13·4 km of existing tracks which are to be rebuilt to metro standards.