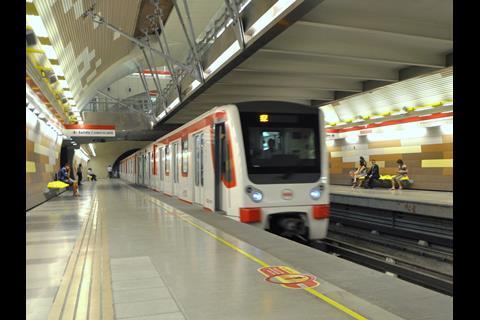 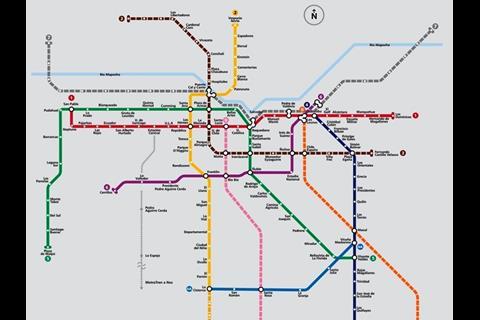 CHILE: Metro de Santiago has selected Systra to provide consultancy services for construction of driverless metro Line 7, including the design of railway systems, workshops and rolling stock, the company announced on June 25.

Line 7 is one of three new routes and four extensions announced by President Sebastián Piñera in June 2017. These would add 57 route-km and 44 stations to the city’s metro network. Construction of the 25 km east-west line with 19 stations is expected to begin in 2020 for completion by 2026 at an estimated cost of US$2·5bn.

Running from Vitacura in the northeast to the Renca district in the northwest, the new line will parallel Line 1 through the city centre, although serving fewer stops. Interchange would be provided with lines 1 and 6 and the proposed Line 8 at Los Leones, with Line 5 at Baquedano, and with Line 2 and the new Line 3 at Puente Cal y Canto. Line 7 will require two tunnels under the Rio Mapucho.

As part of the city’s Integral Mobility Plan, the new metro lines are intended to act as the backbone for enhancing public transport use within the capital. Santiago is looking to develop a more sustainable model of urban mobility, including extensive pedestrianisation, additional cycle routes and electric buses. A reduction of road capacity would be offset by providing more metro lines and longer operating hours. According to Piñera, half of the capital’s population would be within walking distance of metro station.

‘We are going to have to work to very tight deadlines, as the basic civil engineering started a year ago’, commented Systra’s Managing Director Hispanic America, Hervé Laurain. The company will draw on a long relationship with Metro de Santiago, including work on the most recent automated lines 6 and 3. ‘This will enable us to ensure the integration and coherence of all the engineering produced, without a learning curve and with great productivity’, he explained.