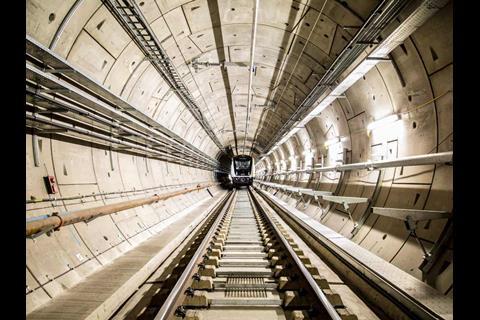 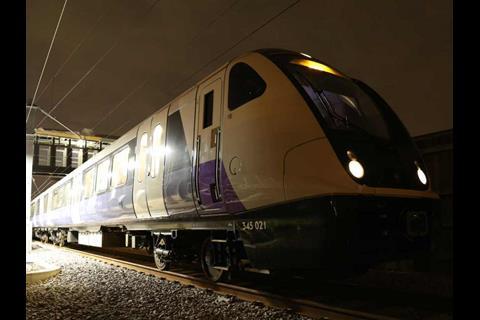 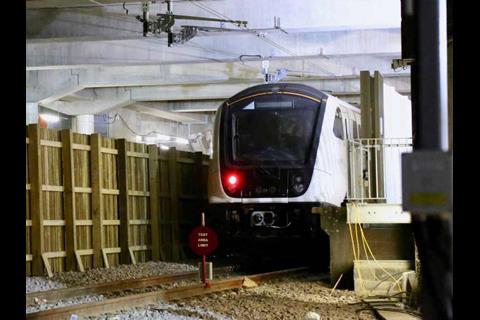 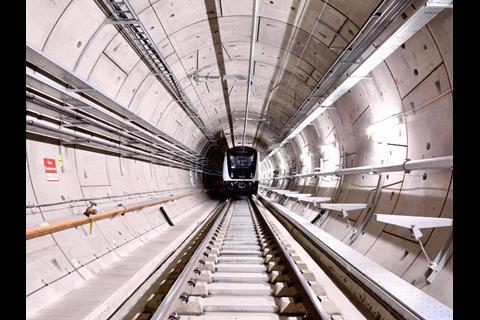 UK: A Class 345 trainset started test running through the Elizabeth Line’s Thames tunnel in east London on the night of February 25-26.

The train is running on a short section of the southeastern branch between Abbey Wood and the Connaught Tunnel portal on the north side of the river under 25 kV 50 Hz electrification.

Passenger services on this section, as well as in the central tunnel, are due to commence in December. Elizabeth Line services would initially run from Paddington to Abbey Wood using the new infrastructure, augmented by separate Paddington – Heathrow and Liverpool Street – Shenfield services using existing alignments. From May 2019 the northeastern branch is due to be connected to the core, enabling through services from Shenfield to Paddington.

The full Elizabeth Line service is scheduled to begin in December 2019, when services from Reading and Heathrow in the west would also run into the central tunnels.