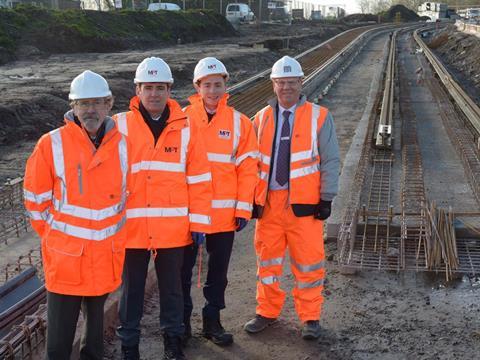 UK: Tracklaying on the Trafford Park extension of the Manchester Metrolink light rail network began on February 1 at Parkway Circle.

Civil works on the 5·5 km mostly segregated route with six stops began in late 2016 and is being undertaken by the MPact Thales consortium of Laing O’Rourke, VolkerRail and Thales, with WSP acting as delivery partner. It is due to open in 2020.

The Trafford Park extension is the first major project to benefit from a devolution deal signed by Greater Manchester local authorities and the government in November 2014. Funding for the £350m project is being provided from the devolution deal with a £20m contribution from Trafford Council.