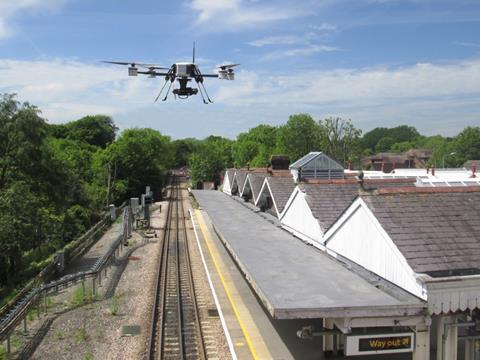 UK: Transport for London has granted approval for Lanes Rail to use drones to carry out of asset surveys. This is the first long-term drone licence that TfL has awarded, and comes after a 12-month testing and approval process.

In addition to having a Civil Aviation Authority UAV licence, Lanes had to demonstrate that its drone equipment was compatible with live rail and signalling systems, and that a procedure was in place to alert transport staff and the public that a drone was being flown by a TfL contractor.

‘Being able to carry out UAV surveys is a major step forward, especially for working on public transport assets that need to be in continuous operation’, said Head of Lanes Professional Services Andrew McQueen. ‘As data gathering becomes integrated into ever more sophisticated real-time asset control systems, supported by technologies such as big data analysis and artificial intelligence, drones will really come into their own to improve the quality, safety, and cost-effectiveness of our built environments.’