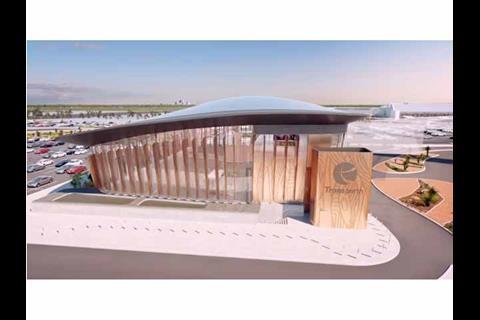 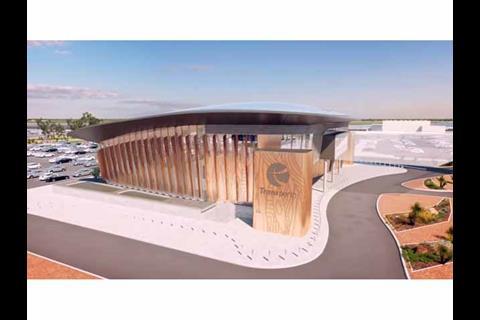 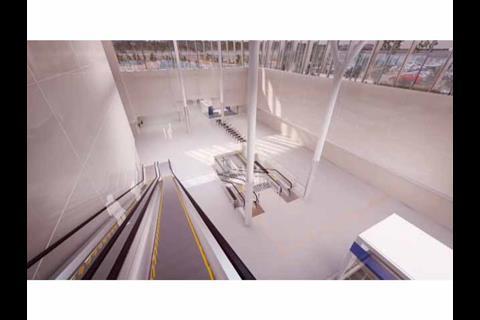 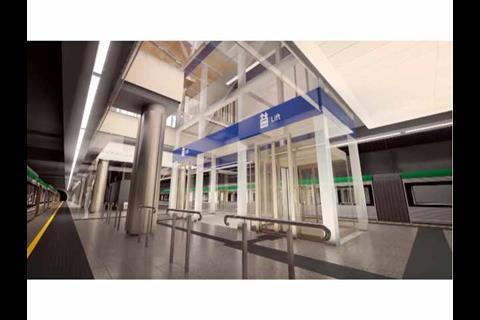 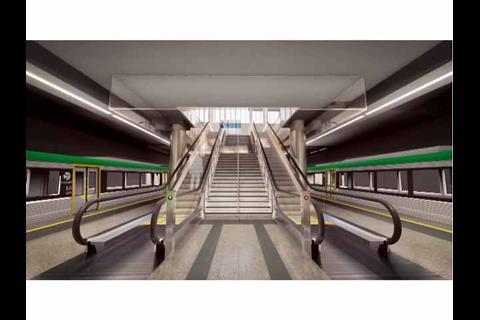 AUSTRALIA: Work has started at the Perth Airport construction site for the Forrestfield-Airport Link, following the arrival of the first tunnel boring machine earlier this month.

Work on the station box structure, which is next to the airport control tower, has begun as artist’s impressions of Airport Central station have been released. According to the Western Australia government, the station has been designed ‘to create a seamless journey to the airport terminals via an elevated walkway’. The roof shape is inspired by the aerodynamic features of aircraft and will allow natural light to penetrate the concourse and platform levels.

Airport Central is one of three stations that will open on the 8·5 km branch off the 1 067 mm gauge Transperth network that is being built between Bayswater and Forrestfield. The A$1·86bn project has been allocated A$490m of federal funding and is expected to be completed in late 2020.

A joint venture of Salini Impregilo and NRW signed the construction contract last year. Herrenknecht is supplying two 7 m diameter TBMs that will be assembled on site. Due to be launched from Forrestfield in late July, they are to bore 8 km of twin tunnels up to 25 m below ground over the next two years.