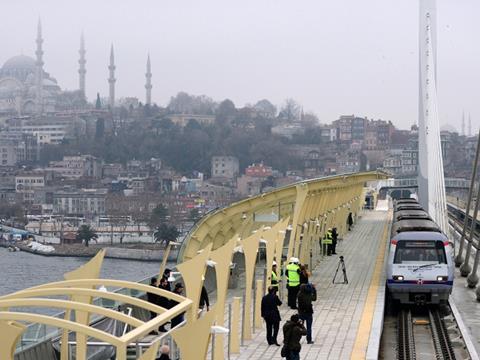 TURKEY: Istanbul Metropolitan Municipality has called tenders for 75 four-car trainsets to operate on the future Line M7 of the Istanbul metro.

The first two sets from the second tranche would be delivered 39 months after signature, with the last set delivered 58 months after contract signing, followed by 60 days of test running.

In February 2014 construction work began on the initial section of Line M7 between Mahmutbey and Mecidiyeköy. The full route from Mahmutbey to Kabataş is scheduled to open in 2017.