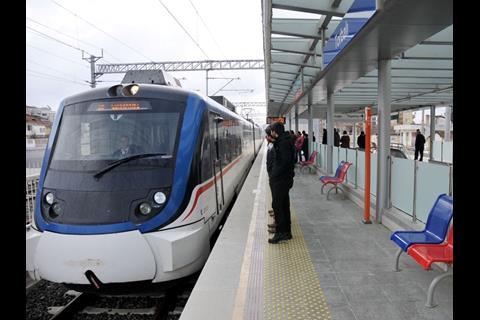 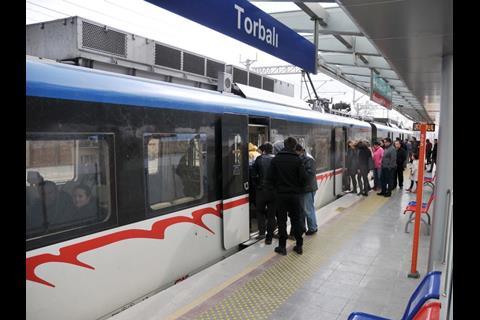 TURKEY: A 22 km extension of Izmir’s IZBAN suburban rail network opened on February 6, marking the first extension since the two lines opened in 2010. The Southern Line has been extended south from Cumaovası to Tepeköy with six stations.

The first 23 km section of the Southern Line, from Alsancak to Cumaovası, opened in August 2010. The Northern Line, linking Alsancak with Aliağa, opened in December 2010.

Both lines are operated by the IZBAN joint venture of Izmir Metropolitan Municipality and state railway TCDD, which owns the infrastructure.

The two routes are electrified at 25 kV 50 Hz and are operated by three-car EMUs. CAF supplied the original Class 22000 fleet of 33 trains, with a further 40 from Hyundai Rotem designated Class 23000.