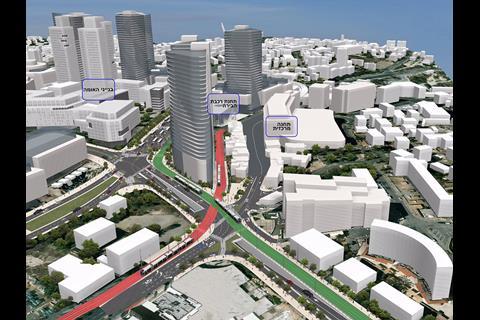 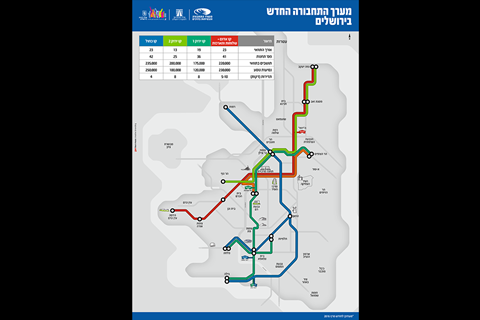 ISRAEL: Tenders are to be called ‘soon’ for the construction of two more light rail lines in Jerusalem, following the municipality’s approval at the end of June of the alignment of the proposed Green Line and the start of the approvals process for the Blue Line.

The 19·6 km alignment selected for the Green Line starts in the Gilo district in the south of the city. It will pass the Binyanei-Hauma terminus of the A1 fast line railway, then cross the existing Red Line tram route and run to Mount Scopus. There would be 36 stops, and ridership is predicted at 200 000 passengers/day.

The 23 km Blue Line would run from the Ramot district in the northwest, through the city centre up to Talpiot and Gilo, with branches to Malkha and Mount Scopus. It would have 42 stops and ridership is predicted at 250 000 passengers/day.

Meanwhile, work is also underway to extend the Red Line north to Neve-Ya'akov and south to Hadassa Ein-Kerem.

‘I am happy to see that Jerusalem will go from having one successful light rail line to a network of three lines’, said Transport Minister Israel Katz after the approval of the Blue Line. ‘Light rail has significantly changed the city's transportation. We are just at the beginning; Jerusalem deserves a light rail system like in Europe.’