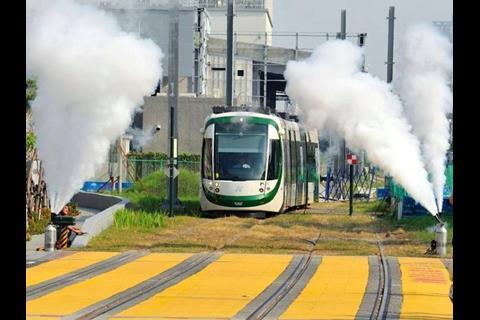 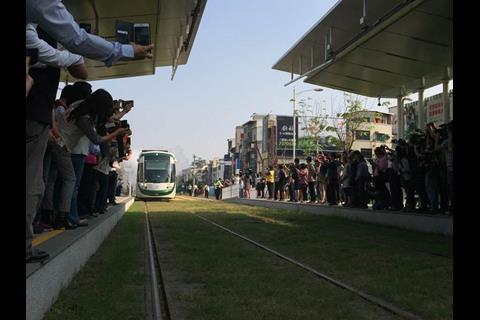 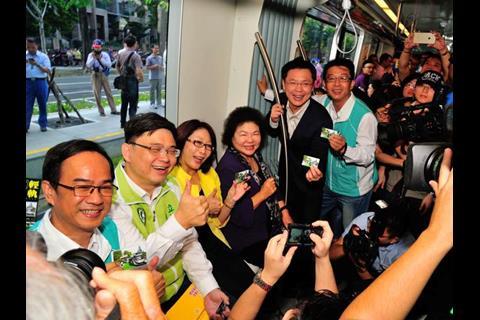 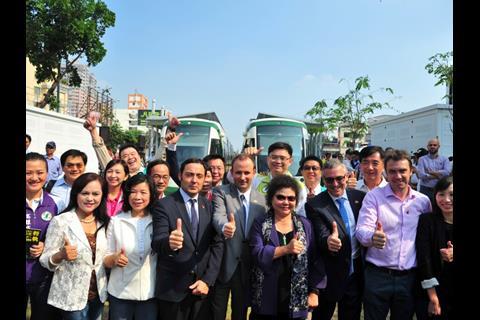 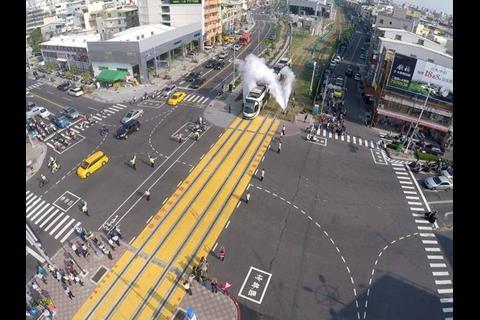 Full operation on the first phase is expected to begin next year. Until then, the trams are running a taster service every 30 min between 09.00 and 18.30 through the four stops of the southern section between Lizihnei and Kaisyuan Jhonghua. Each trip is limited to 150 passengers, below the design capacity of 250 passengers per tram, and rides must be booked in advance. Passengers are only allowed board and alight Lizihnei. The end-to-end journey time is 9 min.

Kaohsiung began construction of the first phase of its circular tram route in June 2013. The 22·1 km, 37-stop route is being built in three stages. The initial 8·7 km section runs from Asian New Bay Area to Sizihwan District with 14 stops and a 3 ha depot at the junction of Kaisyuan Road and Sianming Road. This is expected to be completed by July 2016.

The total cost of the line is estimated at NT$16·5bn. The central government will provide a subsidy of NT$6·4bn, and the remainder is coming from the local government.

CAF is supplying a fleet of bidirectional trams from its Urbos family, equipped with its ACR onboard energy storage technology for catenary-free operation. This is recharged in 20 sec while the tram is standing at each stop. The five-section vehicles are 34·2 m long. The first arrived in the city in September 2014.