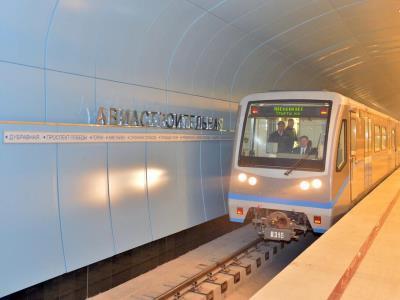 RUSSIA: The Kazan metro opened a three-station northern extension on May 9. This takes the line from its former terminus of Kozya Sloboda to Aviastroitelnaya, with intermediate stations at Yashlek and Severny Vokzal. The only line of the metro now has 10 stations.

Severny Vokzal provides interchange with regional main line services on the RZD network. Yashlek would provide an interchange with the planned second metro line. A short southern extension to Dubravnaya is due to open in late 2015.