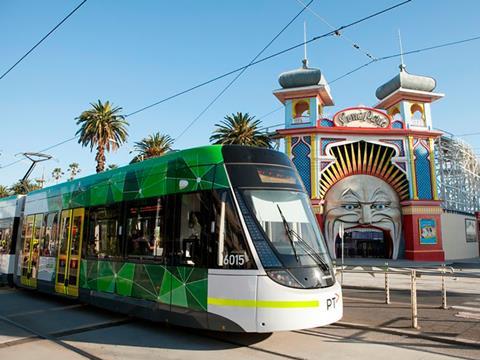 AUSTRALIA: The Victorian government has awarded incumbent Keolis Downer the next contract to operate the Yarra Trams network in Melbourne.

The contract announced on September 12 runs for seven years from November 30 2017 and covers the operation of around 5 000 services a day on the world's largest tram network, which has 250 km of double-track, 75% of which is shared with other vehicles, and more than 1 700 stops. There are 24 routes plus the City Circle, requiring around 410 trams in service at peak times.

The current contract gave the operator the right to exclusive negotiations for the next contract, ahead of any tendering, however the new deal will not include a similar clause.

The Keolis Downer joint venture of the French transport group and Australian infrastructure company has operated the network since 2009. It also operates the Gold Coast tram line, more than 1 000 buses in Western Australia, South Australia and Queensland, and Newcastle's integrated multimodal network.

'We are proud of the strong partnership we have built with the Victorian government over the last eight years and all that we have delivered for our passengers and the city', said Keolis Downer Victoria CEO Nicolas Gindt when the new Melbourne contract was announced. 'We have an exciting vision for Melbourne's tram network and our focus will remain on improving passenger satisfaction by delivering safe, reliable, clean and easy-to-use services every day.'