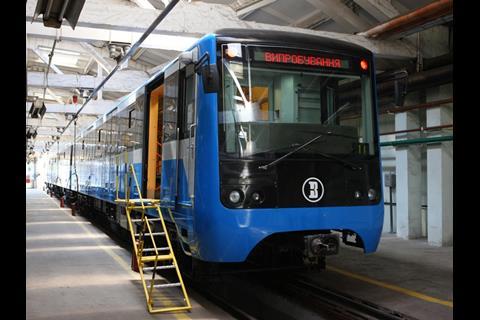 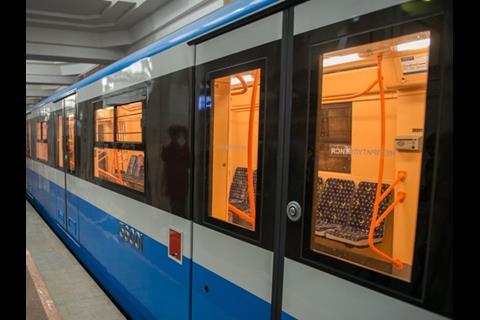 UKRAINE: The first new trainset to enter service on the Kharkiv metro since 2004 was inaugurated at Heroiv Pratsi station on Line 2 on August 21, marking 40 years since the opening of the city’s first metro line on August 23 1975.

The five-car trainset was built by Kriukov Car Building Works. In addition to changes in interior and exterior styling, the main difference from older trainsets is the use of asynchronous AC traction equipment with regenerative braking. According to KVSZ, this enables a reduction in energy consumption of up to 35%. Three intermediate power cars draw power from a bottom-contact third-rail and the trainset has a power rating of up to 3·6 MW.

The passenger saloon features forced air cooling, CCTV and automatic fire detection and suppression. The driver’s cabs are air-conditioned, and the train includes a data recorder.