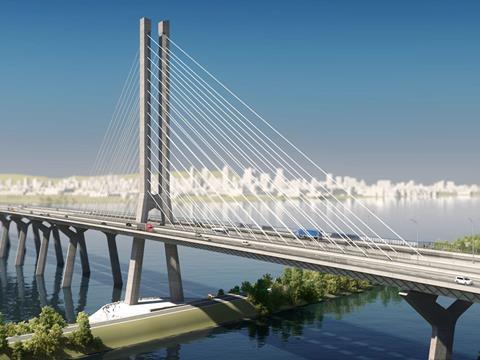 CANADA: Two public transport projects in Montréal will be the first proposals studied by the CDPQ Infra subsidiary of public pension and insurance investor Caisse de dépôt et placement du Québec which has been established to develop infrastructure projects suggested by the provincial government.

The government would set the broad parameters and give final approval for the projects, which CDPQ Infra would plan, finance and operate using its parent company’s experience as lead investor in the construction of Vancouver's Canada Line light metro, a shareholder in the UK’s Heathrow Express and one of two shareholders in international transport operator Keolis. All projects would be required to generate commercial returns for the investor.

The first of the initial proposals is for an ‘electric automated public transit’ line on a 15 km corridor across the New Champlain Bridge. The Saint-Lawrence Group was named preferred bidder to build the new bridge in April, and the opening is scheduled for 2018. It would replace the current structure, one of the busiest bridges in Canada with 110 000 cars/day and a peak service of a bus every 25 sec on the dedicated bus lane. Initial forecasts are that ridership on the future line could reach 90 000 journeys/day in 2021.

Preliminary studies commissioned by the Québec government have estimated that the projects would require financing of approximately C$5bn and could be completed by the end of 2020.