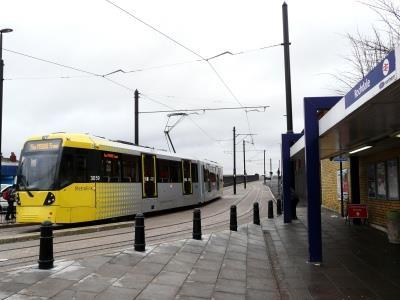 UK: The first revenue-earning trams ran on the latest extension of the Manchester Metrolink light rail network on February 28. The 7·4 km section allows light rail services to be extended from Shaw & Crompton to Rochdale railway station, with intermediate stops at Newhey, Kingsway, Milnrow and Newbold. The opening marks completion of the conversion of the former Oldham Loop suburban railway to light rail standards.

Services run every 12 min between Rochdale and Manchester Victoria, before continuing to St Werburgh’s Road to the west of the city centre. New links to Oldham and Rochdale town centres are planned to open in 2014, when the 2·4 km section of former railway through Oldham Mumps will close, along with the station.

The latest opening brings the light rail network to 69 route-km, and further planned expansions will add a further 26 route-km by the end of 2016. Metrolink is expected to reach East Didsbury in mid-2013, Ashton-under-Lyne by early 2014 and Manchester Airport in 2016. A new 1·6 km line through Manchester city centre is also being planned.

The Future Metrolink programme is being undertaken by TfGM’s Project Delivery Partner Parsons Brinckerhoff, with construction and maintenance contracted to the M-Pact Thales consortium of Volker Rail, Laing O’Rourke and Thales UK.