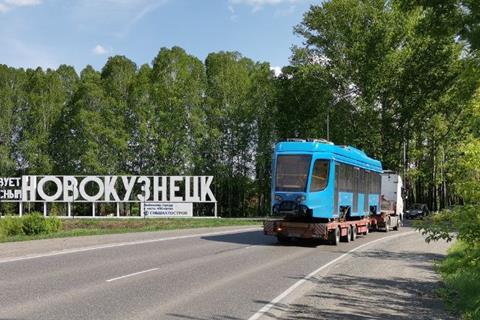 RUSSIA: The first three of seven 71-623-04 trams ordered by the city of Novokuznetsk were delivered by UKVZ on May 17.

The city placed an 378m rouble order in October for the single-section partially low-floor trams, as well as for two 71-142 Phoenix articulated trams, with delivery scheduled by September this year.

Novokuznetsk is expected to be the first city to use the 71-142 Phoenix in revenue service.