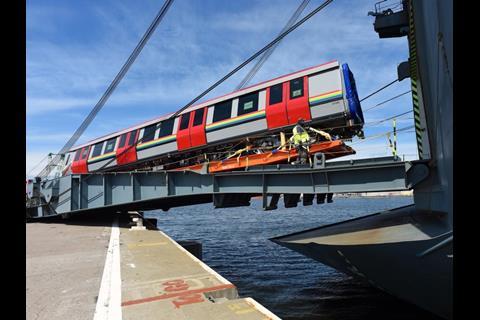 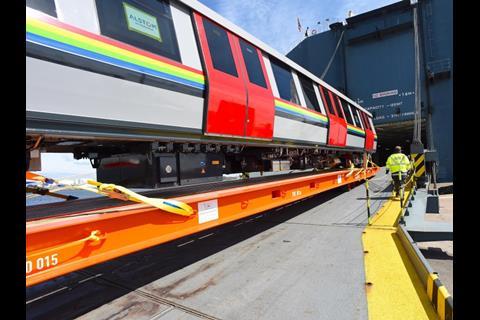 VENEZUELA: The first Alstom Metropolis trainset for the Los Teques metro has been shipped from the port of Le Havre in France. It is expected to arrive in Los Teques in three weeks.

In 2011 the Consorcio Linea 2 consortium of Odebrecht and Vinccler awarded the Grupo de Empresas consortium of Alstom (61%), Colas Rail (22%) and Thales Transportation Systems (17%) a €530m contract to supply railway systems and rolling stock for the second phase of Metro Los Teques.

Alstom’s share includes the supply of 22 six-car Metropolis trainsets, as well as electrification, power substations and part of the signalling equipment.

The 9·5 km Line 1 opened in November 2006 and links the Caracas metro Line 2 terminus at Las Adjuntas to Alí Primera in Los Teques to the southwest of the capital. The second phase will extend this by 12 km through to San Antonio as Line 2. Opening is expected in late 2015. A third phase is planned, with Line 3 running 18·5 km from San Antonio to La Rinconada.

The Metropolis trainsets are due to enter passenger service from the second half of 2015 on Line 1 and later on Line 2.