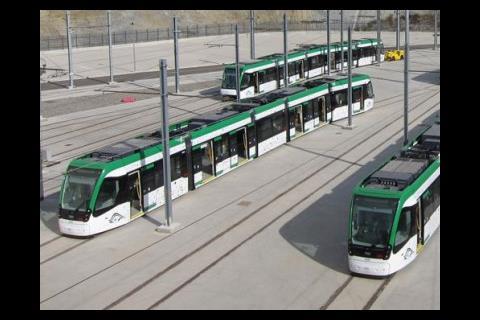 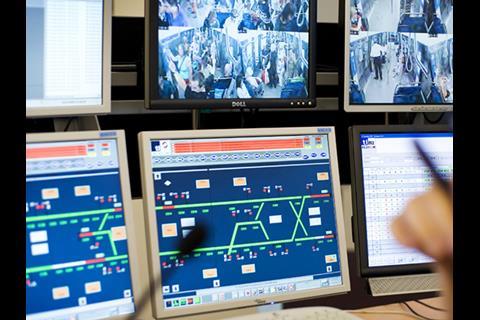 The east-west 6·7 km Line 1 runs at-grade from Andalucía Tech to Universidad, after which it goes into a tunnel. The eastern terminus is El Perchel, where interchange is provided with the underground Line 2, which runs 4·6 km south to Palacio de los Deportes.

The network was built by a joint venture of Comsa Emte, Ferrocarriles Andaluces, FCC, Azvi, Sando, Vera and Cajamar. Construction started in 2005, but the original opening date of 2011 was pushed back to 2013 and eventually 2014.

A one-stop, 2·8 km extension from El Perchel to Guadalmedina is under construction; until this opens, the two lines are operated as one, with services reversing at El Perchel.