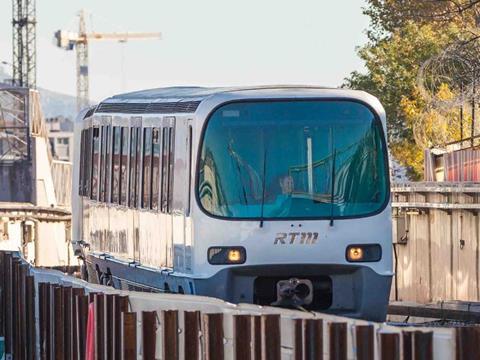 As the current fleet dating from the opening of the two lines in 1977 and 1984 is coming to the end of its service life, a decision was taken to replace the trains. A tender is to be called for 38 four-car rubber-tyred trainsets 75 m long, to be delivered between 2021 and 2024. The trains would be equipped with air-conditioning and audiovisual passenger information, and would be PRM accessible. The budget for this is €286m.

A further €86m is to be spent on installing 1·75 m high platform edge doors at all stations. The council has also approved €73m for signalling, €23m for communications and €6m for other expenses related to the project.