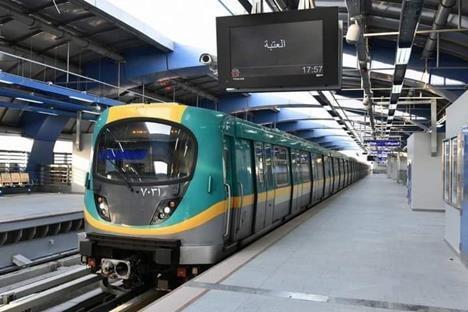 EGYPT: President Abdel Fattah Al Sisi was among the dignitaries at a ceremony on August 16 to mark the opening of the 7 km phase 4a of Cairo metro Line 3 in the east of the city.

Al Sisi laid a foundation stone at Adly Mansour station, which is to be developed as a major multimodal hub serving the New Administrative Capital development. Phase 4a extends Line 3 northeast from El Shams Club serving six new stations on a mostly elevated or at grade alignment. A depot with 31 buildings has also been erected at Adly Mansour. The extension is expected to carry 1∙5 million passengers per day.

Future extensions at both the eastern and western end of Line 3, including a branch to the city’s main airport, will take the route length to more than 45 km.