Metro trains on test in Montréal 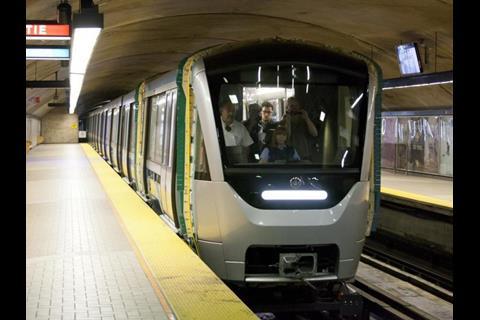 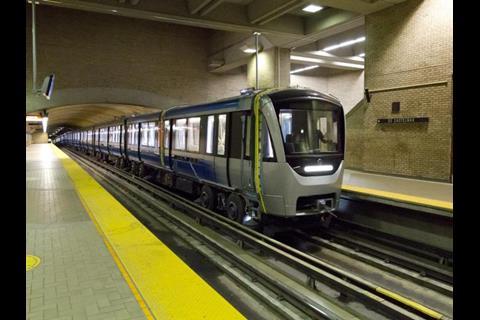 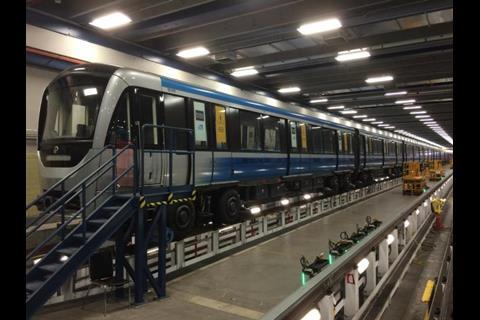 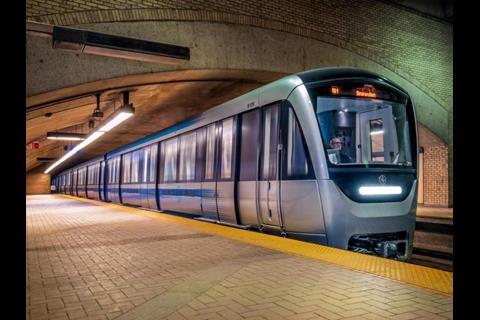 A prototype trainset without interior fittings arrived in April 2014 and has been used for night time testing on the network over the past 15 months, following trials on the test track at Bombardier’s La Pocatière plant. A fully equipped trainset delivered in July 2015 will now be used for non-passenger-carrying tests during off-peak periods, mainly on the Orange and Blue lines. The first Azur trains are expected to enter passenger service before the end of this year.

In October 2010 STM signed a C$1·2bn contract with a consortium of Bombardier and Alstom for the supply of 52 nine-car trainsets. Bombardier’s share of the contract value is estimated at C$742m and Alstom’s share is around C$493m; the order is jointly financed by Quebec’s Ministry of Transport and Montréal city. The contract requires the rolling stock to contain a minimum of 60% Canadian content, with the exception of the first two trains. Deliveries are due to be completed in late 2018.

The rubber-tyred trainsets are 152·4 m long and 2 514 mm wide, with a maximum speed of 72 km/h. They are equipped with a MicroCab signalling system supplied by Ansaldo STS. Alstom’s factories in Sorel-Tracy and Montréal and Bombardier’s factory in La Pocatière are being used to produce and assemble the trains.