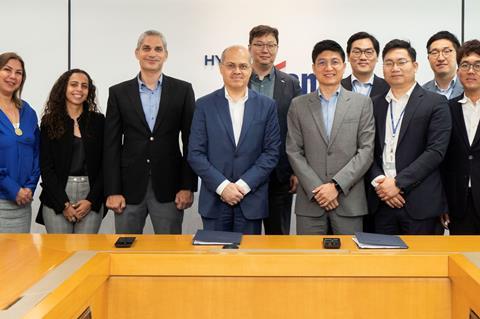 EGYPT: The National Egyptian Railway Industries Co joint venture has signed an agreement with Hyundai Rotem for the local assembly of 40 metro trains totalling 320 cars to be deployed on Cairo metro lines 2 and 3.

NERIC said the localisation agreement signed when a delegation visited South Korea in late May was a significant step towards the development of a rolling stock industry in Egypt.

It is currently developing a rolling stock factory in the Suez Canal Economic Zone at East Port Said, with opening planned by the second half of 2023.