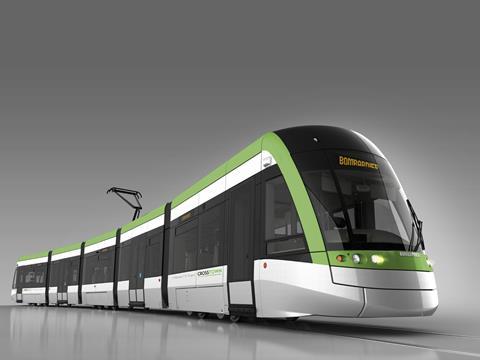 CANADA: Ontario provincial transport authority Metrolinx cannot immediately cancel a contract with Bombardier Transportation for the supply of 182 light rail vehicles without compensating the manufacturer, a court ruled on April 19.

Metrolinx had launched legal proceedings against Bombardier over what it claimed were a series of delays to the production of the LRVs, which would be used on a series of new and expanded urban rail corridors around Toronto, including the Eglinton Crosstown line. Metrolinx and Bombardier signed the C$770m contract in 2010.

The court ruling means that Metrolinx would have to undertake a formal dispute resolution process to end the contract without paying damages. The authority had raised the prospect of seeking an alternative supplier, having argued that the delays to production put the opening of the Eglinton line in doubt. Bombardier had countered that delays to the infrastructure project meant that previous deadlines were now less critical, and insisted that it would deliver the vehicles in time to commission the route. In his judgement, Justice Glenn Hainey suggested that he was ‘not persuaded’ that Metrolinx intended to terminate the contract.

Responding to the ruling, Bombardier said in a statement that it was ‘very pleased’, suggesting that the decision ‘confirms our belief that Metrolinx acted inappropriately in seeking to avoid the dispute resolution provisions of the contract’.

‘It is unfortunate that Bombardier had to resort to the courts to resolve this matter, and it is our hope that today’s ruling will now allow the parties to focus on delivering the light rail expansion projects on time and on budget’, the company added.

John Jensen, President & CEO of Metrolinx, issued a statement noting that ‘nothing in today’s decision changes our focus on delivering high-quality vehicles on time. We remain uncompromising on that point. We are reviewing the decision and identifying the best path forward.’