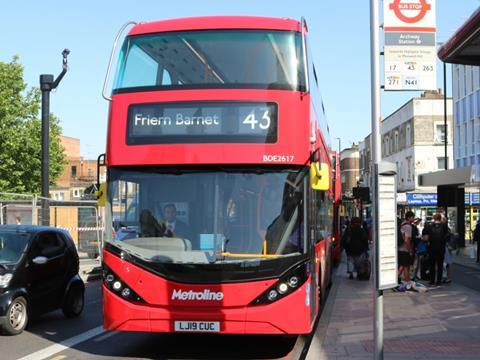 The Enviro400EV buses are being assembled at the Alexander Dennis factory in Scarborough using a powered chassis supplied from BYD’s Komarom plant in Hungary.

The first five buses have entered service on the 14·5 km Route 43, which runs between London Bridge in the city centre and Friern Barnet in north London. The vehicles are stabled at Metroline’s Holloway garage.

‘London’s red double-decker bus is a true symbol of the city and an iconic vehicle known around the world’, said BYD Europe Managing Director Isbrand Ho. ‘The BYD ADL Enviro400EV retains the soul of the London double-decker bus, brought up to date by embracing 21st century technology.’