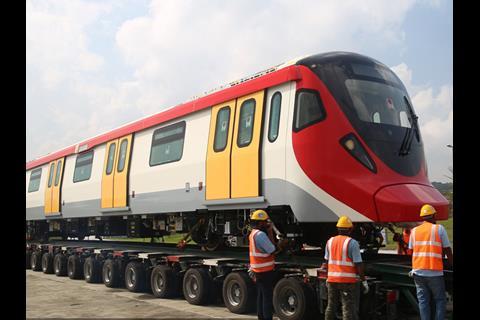 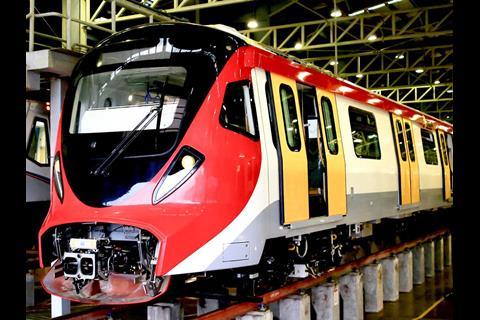 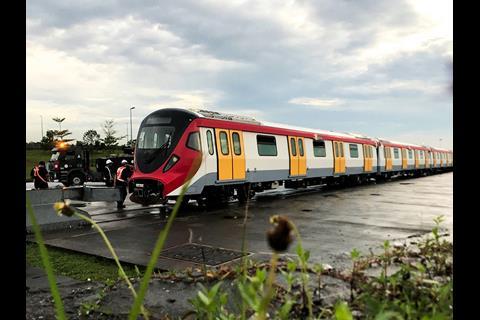 The 52·2 km line will link Sungai Buloh, Serdang and Putrajaya, with 26 above-ground and 11 underground stations. The first phase between Sungai Buloh and Kampung Batu is due to open in July 2021, with the second phase extending this to Putrajaya to follow a year later.

The contract covers the supply of 49 driverless trainsets, each with two motor and two intermediate trailer cars, as well as associated depot equipment. The trainsets will have a maximum speed of 100 km/h and a capacity of 1 200 passengers.

The first two completed trainsets arrived from South Korea at the end of May. The remainder of the fleet is to be assembled by Apex at a factory in Rasa using parts supplied from South Korea; the first bodyshells and bogies were delivered to Rasa in January.

The livery for the trainsets was developed by French company MBD Technologies, and according to MRT Corp is intended to express ‘modernism and a sense of belonging to the city’.