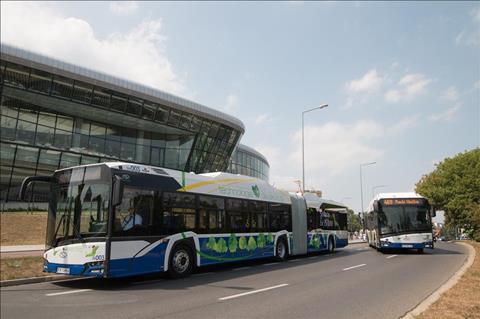 The Poznań-based CAF subsidiary would supply 18 m long articulated air-conditioned buses along with 50 battery chargers. The vehicles would be used on routes 144, 173, 179 and 503, which run through parts of the city with the highest levels of air pollution.

If EU funding for the order is approved, deliveries would be completed by the end of 2020.