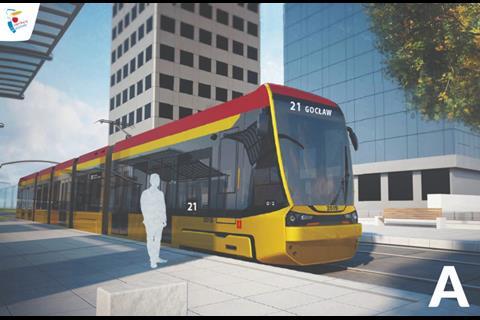 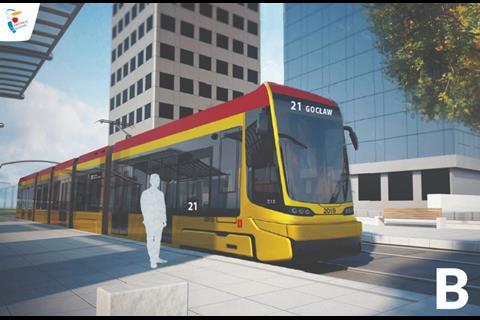 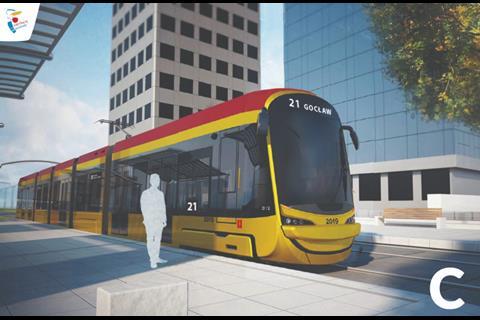 POLAND: Tramwaje Warszawskie has opened a public vote on the styling of the fleet of trams that Hyundai Rotem is to supply to the capital.

The supplier has presented three options for the front-end, and the operator will choose one based on the public vote. From October 25 to 30, residents can vote online or using paper forms at 21 customer service points and 10 interchanges. TW expects to announce the result in November.

The procurement is being partly financed with 285m złoty from EU funds. The new vehicles would be used across the network, including on the 20 km of extensions that are currently planned. These include branches to Wilanów, Gocław and Winnica, as well as a route along ul Kasprzaka. A route serving Warszawa Zachodnia railway station would be built partly in tunnel.