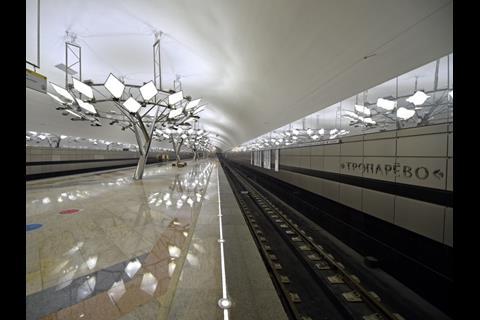 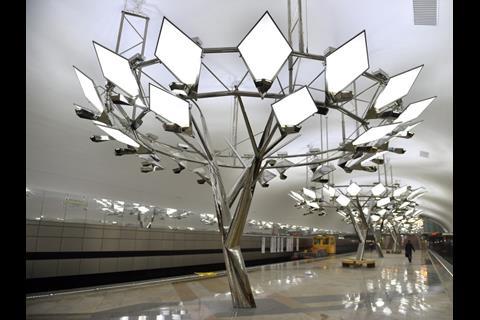 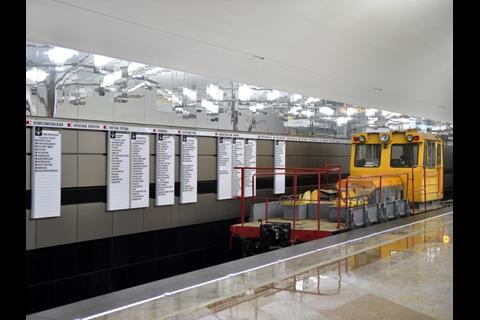 RUSSIA: A 1·4 km southern extension of Moscow metro’s Line 1 opened on December 8, taking the line from Yugo-Zapadnaya to Troparyevo.

Troparyevo is the network’s 196th station. It lies at a depth of 12 m and has an island platform. The station was designed by Inzhproekt. The main building contractor was Mosmetrostroy, which also carried out tunnelling through its Tonnely2001 division from October 2012.

Yugo-Zapadnaya station is currently used by 30 000 passengers/h; this is forecast to decrease to 15 000 with the opening of the extension.

The next section, from Troparyevo to Rumyantsevo, is due to open in mid-2015. Tunnelling on the 2·1 km section started in July 2013.