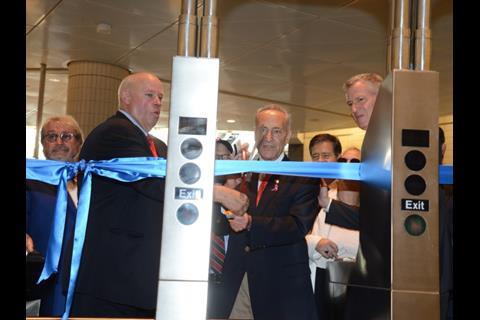 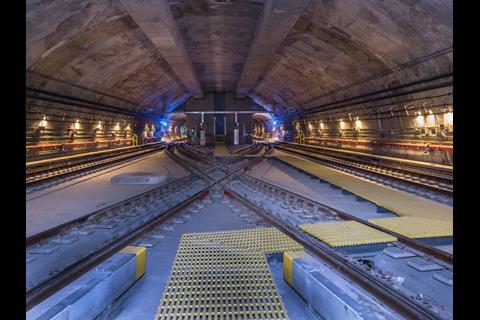 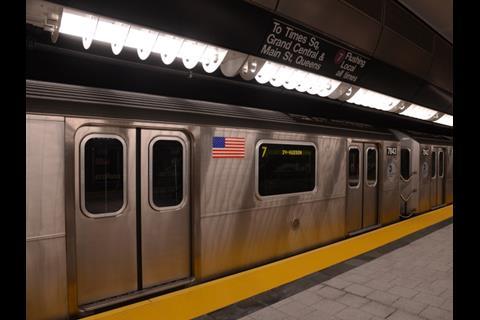 ‘This station is the centrepiece of an ambitious plan to make the far West Side of Manhattan a top-tier destination for residents and visitors alike while meeting the daily needs of millions of subway riders, and one that is poised to meet future needs’, said New York Governor Andrew Cuomo.

MTA says that the new station is the first to comply with ADA requirements for persons with reduced mobility. There are two inclined lifts between the upper and lower mezzanine levels, each with capacity for five wheelchairs or 15 standing passengers. The station also features the longest escalators on the New York Subway.

Climate control of the platform maintains a constant temperature between 22°C and 26°C. The station features 12 emergency intercom points, as well as 24 screens on the lower mezzanine that display advertising and travel information. Eight ‘On-the-Go’ touchscreen travel information kiosks and wi-fi are to be installed ‘in the near future’, and countdown clocks are to accompany the installation of communications-based train control on the line, due in 2017. The station has a design capacity of 25 000 passengers/h.

The $2·42bn extension was funded by the City of New York, which contributed $2·1bn for the station and $266m for non-Subway infrastructure; $53m came from the MTA.