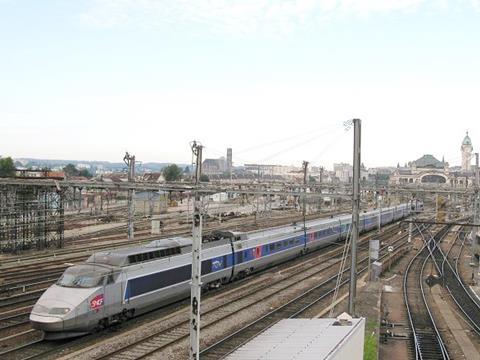 FRANCE: National transport users’ association FNAUT is pushing for investment to enhance and accelerate passenger services between Paris and Toulouse via Orléans following the State Council’s decision on April 15 to overturn the Declaration of Public Utility for a high speed line between Poitiers and Limoges.

A DUP sanctioning the project was issued in January 2015, despite widespread concerns that the 112 km LGV Poitiers-Limoges would struggle to meet the social and economic returns expected of major infrastructure projects in France. Indeed, some of the route was envisaged to be single track.

Explaining its decision to annul the DUP, the State Council, which is France’s highest administrative court and advises the government on legal affairs, said the socio-economic analyses for the railway had not been robust enough to justify its approval. The project’s disadvantages would outweigh its benefits to a degree that meant the project could not be judged to be ‘of public use’, it added.

The high speed line had been forecast to cut Paris – Limoges journey times to 1 h 55 min from around 3 h 5 min at present, with up to 10 trains each way per day. However, passenger groups were worried that the project would have led to cuts to services on the existing line via Orléans.

Welcoming the judicial decision, FNAUT said LGV Poitiers-Limoges was ‘an irrational project’ that stood in ‘stark contrast’ to other high speed lines now under construction or planned, including Tours – Bordeaux and Toulouse – Bordeaux. It suggested that a particular weakness was the lack of intermediate population centres on or close to the proposed alignment, while several small towns are served by the existing main line.

FNAUT has urged the government instead to revive long-standing plans to renew and partly realign the sinuous Paris - Toulouse line to allow more 200 km/h operation. FNAUT believes this could lead to a Paris – Limoges timing of 2 h 35 min, which could be reduced further in the long term if the proposed second high speed line between Paris and Lyon were to be completed. TGVs bound for Limoges could use this route as far as Orléans, the association says.