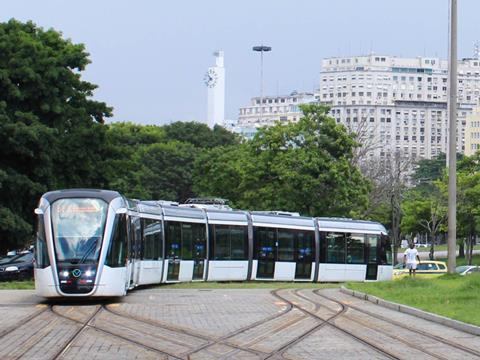 BRAZIL: Rio de Janeiro tram concessionaire VLT Carioca has said that it could cease operations of the city’s tram network if the municipality does not cover a shortfall in revenue caused by lower than expected ridership.

The VLT Carioca consortium is made up of CCR, Invepar, Odebrecht Transport and RioPar, each of which has a 24·4% share, as well as BRT and RATP Dev. CCR has said that it is interested in buying out the other members, but only if the bus network were to be reorganised, as originally envisaged. The municipality is meanwhile reviewing VLT Carioca’s contract.

The first phase of the catenary-free tram network in Rio opened between Santos Dumont Airport and Parada dos Museos in June 2016. The final section has been ready to open since December, but its launch has been held up by the dispute. The operator expects ridership to grow to 150 000 passengers a day once this section opens.